On the Farm, Safety Is No Accident 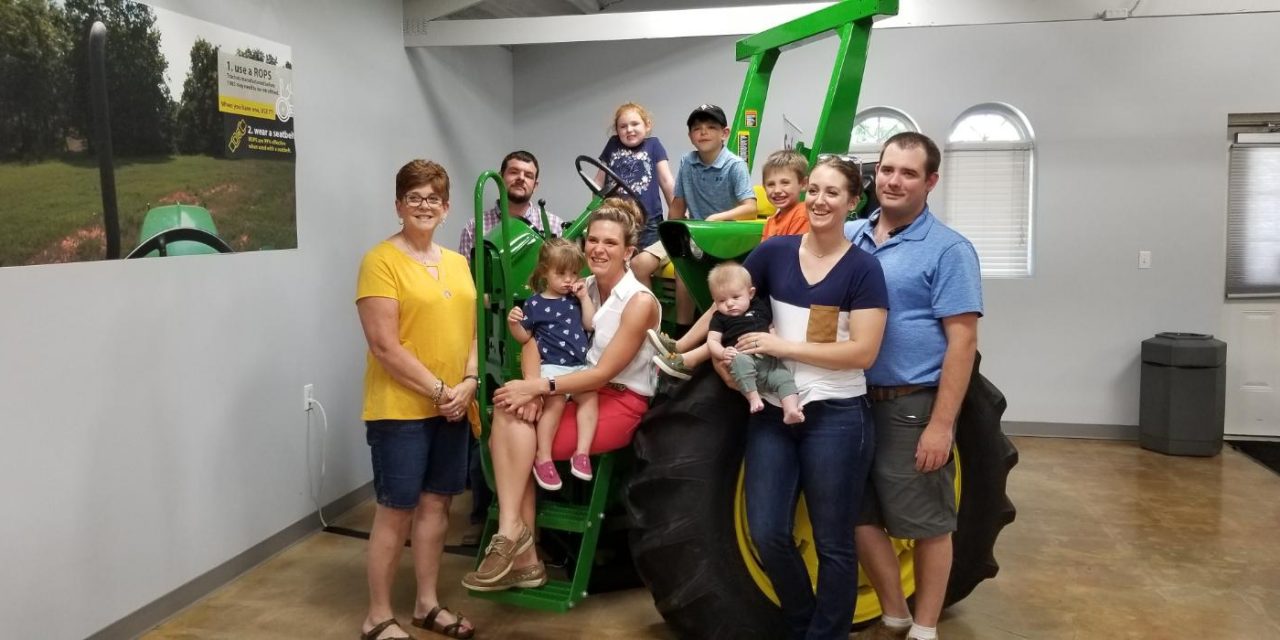 “We don’t ever think it’s going to happen to us, but it happened to me… because it happened to him.” Marion County farmer Lacey Miller’s emotion-filled words about her father, Ralph Griesbaum, are enough to bring anyone to tears.
On Father’s Day 2018, Ralph was tragically killed when his tractor rolled over in a ditch he had worked and driven around thousands of times. His tractor was not equipped with a Roll Over Protection Structure (ROPS), commonly referred to as a roll bar.
Ralph was a longtime MOFB leader and former Marion County Farm Bureau President. His family asked that friends give memorial donations to the Missouri Farm Bureau Foundation for Agriculture because they believed he would have wanted them to be used for agricultural education.
After donations poured in, the family asked the Foundation to create a permanent interactive ROPS safety display. The newly-finished exhibit debuted in the MOFB building at the 2019 Missouri State Fair. Ralph’s family also helped create a touching video to tell his story and encourage others to take action to avoid his fate.
ROPS did not become mandatory for new tractors until 1985. Many tractors manufactured earlier did not incorporate them into their design. Fortunately, owners can retrofit older tractors with an effective ROPS bar and seatbelt system.
Tractor rollovers account for over half of all farm-related deaths in America, and 80 percent of rollovers happen to experienced farmers like Ralph. Sadly, almost all of these deaths are avoidable with a ROPS. When used in conjunction with a seatbelt, ROPS prevent over 99 percent of rollover deaths.
Farmers are a self-reliant set, usually opting to make something themselves rather than buy it at the dealer. ROPS are one item on which farmers should not skimp. Retrofit ROPS bars must be carefully engineered to stand up to the weight and enormous stresses of a tractor rollover. They must be professionally installed in the most structurally-sound way to protect the operator’s life.
Unfortunately, due to the lack of a sturdy metal ROPS on his tractor, Ralph will not be able to pass his farming experience on to his children and grandchildren. In her interview for the ROPS video, Lacey echoed this sad realization. She said, “I truly believe that I learned from the best… but I didn’t have enough years to learn the things he could have continued to teach me – and my children.”
Lacey plans to travel throughout Missouri to share her story with other farm families. The video about her father has already been viewed thousands of times on social media, and she plans to show it wherever she goes as she talks with others. Ultimately, Lacey hopes to help others avoid her fate – losing a loved one in a tragic, preventable death.