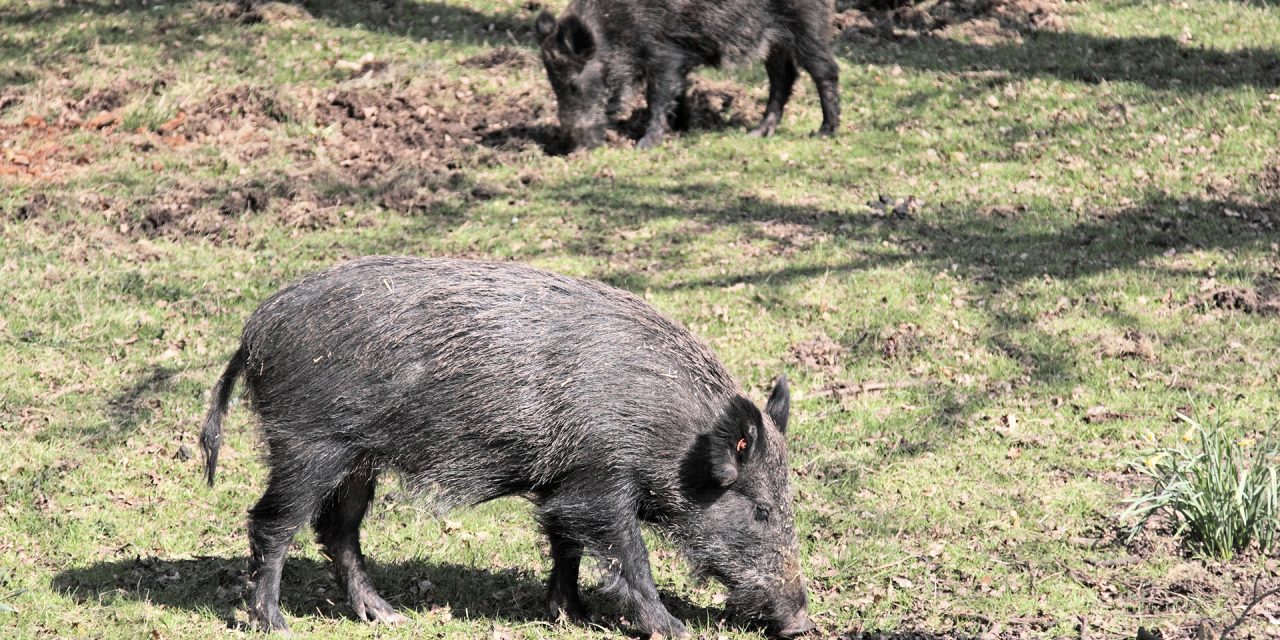 Missouri faces a growing threat from an invasive species – feral hogs. These animals thrive in southern Missouri and leave incredible damage in their wake. Our state must organize to eradicate this pest before it’s too late.

Many feral hogs have arrived through northward migration. However, some is due to intentional release or transport of hogs for hunting. Many Missourians debate the extent to which this contributes to the problem, but any release or transport of feral hogs is a serious matter. Knowingly or recklessly releasing hogs into the wild is illegal in Missouri and punishable by up to one year in jail, a fine of up to $2,000, or both. Each released hog constitutes a separate instance of the crime.

Hogs’ reproductive rate is a huge part of the problem. One feral sow can produce two litters per year, with each litter averaging six piglets. The resulting annual population growth rate of up to 166 percent is astonishing. It must be aggressively fought against to keep the population from exploding. Missouri Farm Bureau’s member-led policy supports complete eradication of feral hogs from the state of Missouri

All those pigs do some serious damage. A sounder, or group, of hogs can destroy 10 to 20 acres of crops, pasture or other land overnight. Hogs use their tusks to root in the ground for acorns, earthworms and roots, plowing the soil up to eight inches deep. This can lead to crop loss, soil erosion, reduced water quality and damage to sensitive natural areas.

Disease is also a threat with feral hogs. Missouri feral hogs have been diagnosed with swine brucellosis and pseudorabies. These can affect humans and domesticated animals, including our livestock herd. The porcine reproductive and respiratory syndrome virus, or PRRS, was recently confirmed in a Missouri feral hog. If this highly-contagious disease got into our livestock herd, it could devastate our pork industry.

Thirty-eight states currently have feral hog populations. The U.S. Department of Agriculture (USDA) estimates they cause approximately $2.4 billion in damages and control costs each year. At least $800 million is direct agricultural damage.

MOFB is working with state and federal officials and local landowners in all affected areas. Through our network of county leaders, MOFB convened a working group to discuss possible solutions for eradication. The group will talk with experts from the Missouri Department of Conservation (MDC), Missouri Department of Agriculture, USDA and others.

Over the coming months the working group will propose next steps and report to MOFB’s farmer-led State Resolutions Committee.

MDC encourages citizens to report feral hog sightings to 573-522-4115, extension 3296, or online at www.mdc.mo.gov/feralhog. They also strongly discourage shooting hogs, as this can scatter the rest of the sounder and create new populations in other areas. Through trapping measures, MDC and its partners eliminated 9,365 feral hogs from Missouri in 2018, up 42 percent from 2017.

No matter the specific proposals, eradication will take all rural Missourians working together.